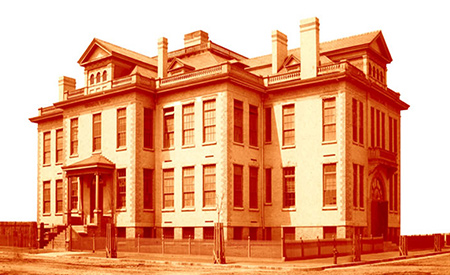 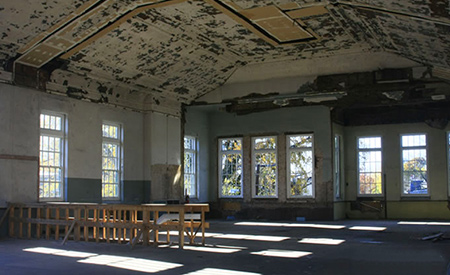 Chimborazo School opened in September 1905, with grades 1-7 in eight classrooms; the 1903-04 annual report includes a sketch of the building. It was considered to be handsome and well arranged, embodying the most advanced ideas in sanitation, heating, ventilation, seating, and school architecture.
In 1911, an annex was opened (classrooms and auditorium) to accommodate the growing population. Chimborazo’s enrollment declined in the 1950s with Church Hill’s change to a African-American community. In February 1957, the white pupils were transferred to Nathaniel Bacon, and Chimborazo was converted to a African-American school with pupils transferred from Bellevue, Bowler, and George Mason.
When the new Chimborazo opened in September 1968, the old building housed the Church Hill Opportunity Center (1968-1970) and an annex of East End Middle School (1970-72). It was leased to Model Neighborhoods in 1972. Old Chimborazo was declared surplus to the City, October 18, 1973 and was privately rehabilitated as housing for the elderly (Chimborazo Manor).
In 2010, a major renovation transformed the 100 year old building into 55 apartments and the former school was renamed “Lava Lofts”. 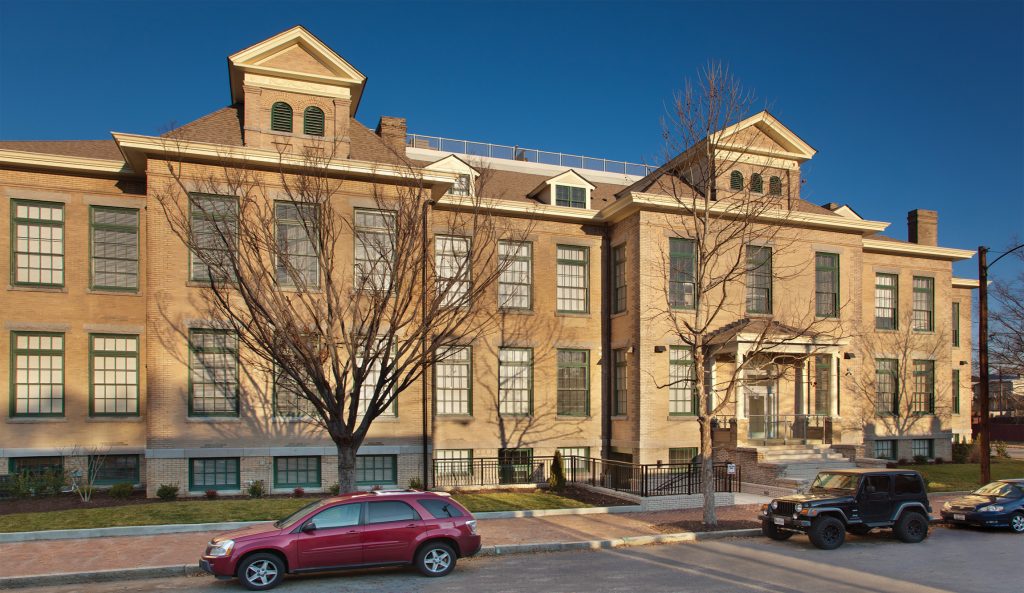