America’s urban streets of the 1800’s and early 1900’s were filled with questionable activities for young men of the day. Richmond’s Shockoe Valley, with its well-known red-lightdistrict was a prime example. To protect and save railroad workers and other
impressionable youth, a partnership was formed by the major railroad lines and the National YMCA in Cleveland, OH in 1872. When Main Street Station was built in 1901, the entire fourth floor was dedicated to YMCA programs.
Evidently, it was not enough and in 1907 the Railroad YMCA Branch was constructed with funds from five area
rail lines.
By 1944, the Richmond membership grew to as many as 2000 but as automobile travel became more and more popular, the entire Railroad YMCA movement had seen it’s heyday. The Richmond Branch ceased operation December 31, 1971. 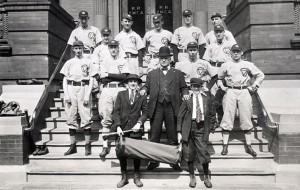 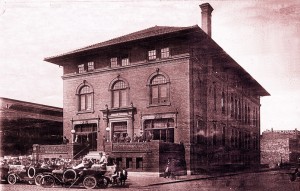